The delegation of the Embassy of Israel and the Ministry of Foreign Affairs of Israel visited and worked with Thai Nguyen University of Agriculture and Forestry.

On May 10, 2022, the delegation of the Embassy of Israel and the Ministry of Foreign Affairs of Israel visited and worked with Thai Nguyen University of Agriculture and Forestry. The delegation took time to go to the remote countryside of Phuong Tien commune, Dinh Hoa district to visit first-hand the model of high-tech agricultural cooperatives, Hoang Dinh Lap alumni went to Israel in 2014. Although students of Nha The school is mainly located in the mountains, but today the delegation witnessed with their own eyes ethnic minority students living in traditional houses on stilts, but building high-tech agricultural farms with applications advanced technology and techniques that students have learned from Israel. The whole area of ​​net houses and greenhouses located next to the stilt houses really impressed the delegation about the spread of the Program to the ethnic minorities of Vietnam. The model of Lap alumni has attracted more young people to participate and created jobs for over 35 local people. This student's model has received many certificates of merit and awards from Thai Nguyen province for having built and well developed a model of high and widespread agricultural cooperatives to many local people.

Then the Delegation visited directly the smart irrigation model that the Embassy sponsored for the Faculty of Agronomy of Thai Nguyen University of Agriculture and Forestry (TUAF) and the delegation was really happy when the irrigation technology model spread over a larger area and became a demonstration place for modern agricultural technologies for not only the University's students to practice but also for the students of high schools to visit and experience, creating passionate about Hi-Tech Agriculture for children. 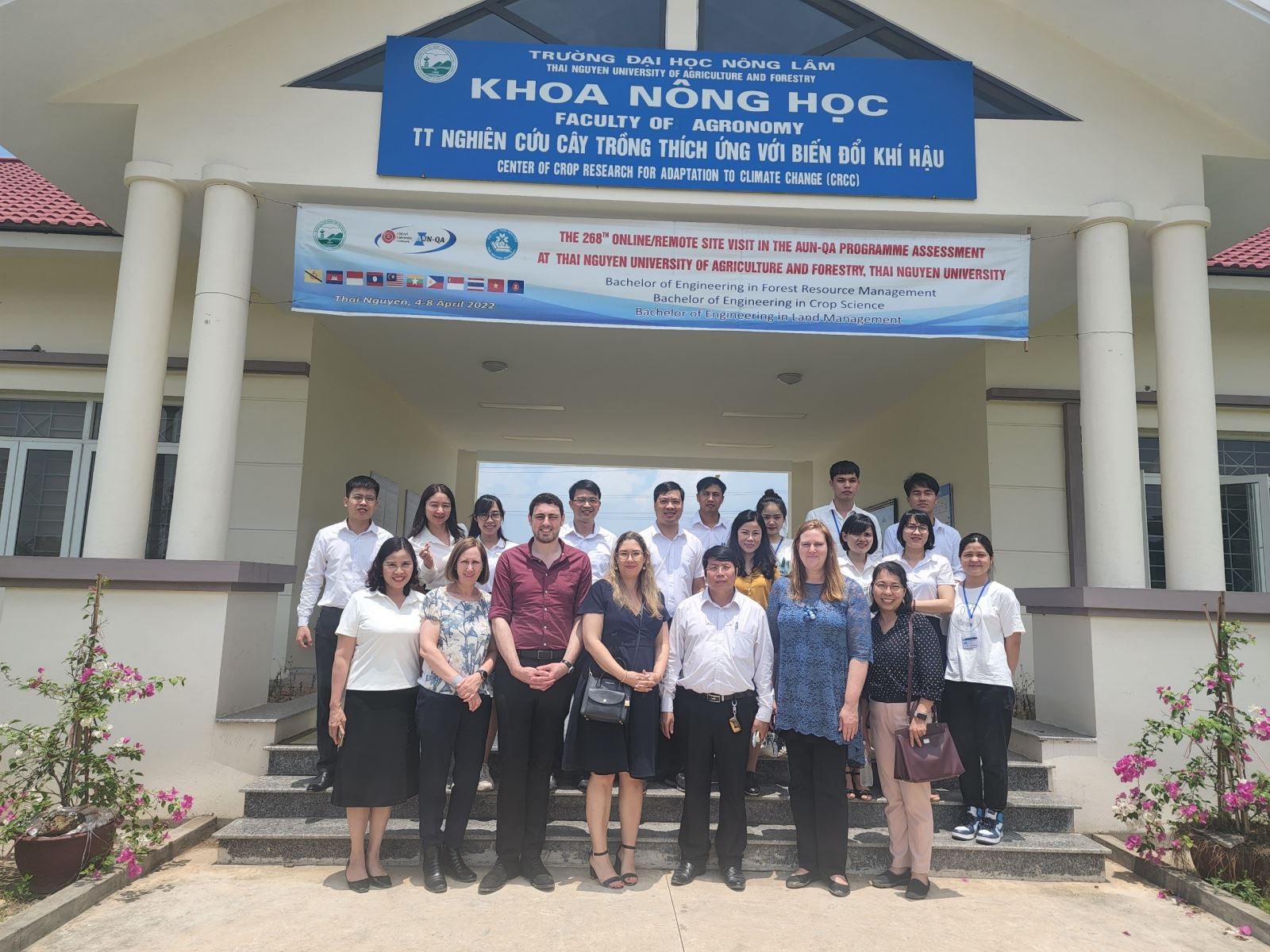 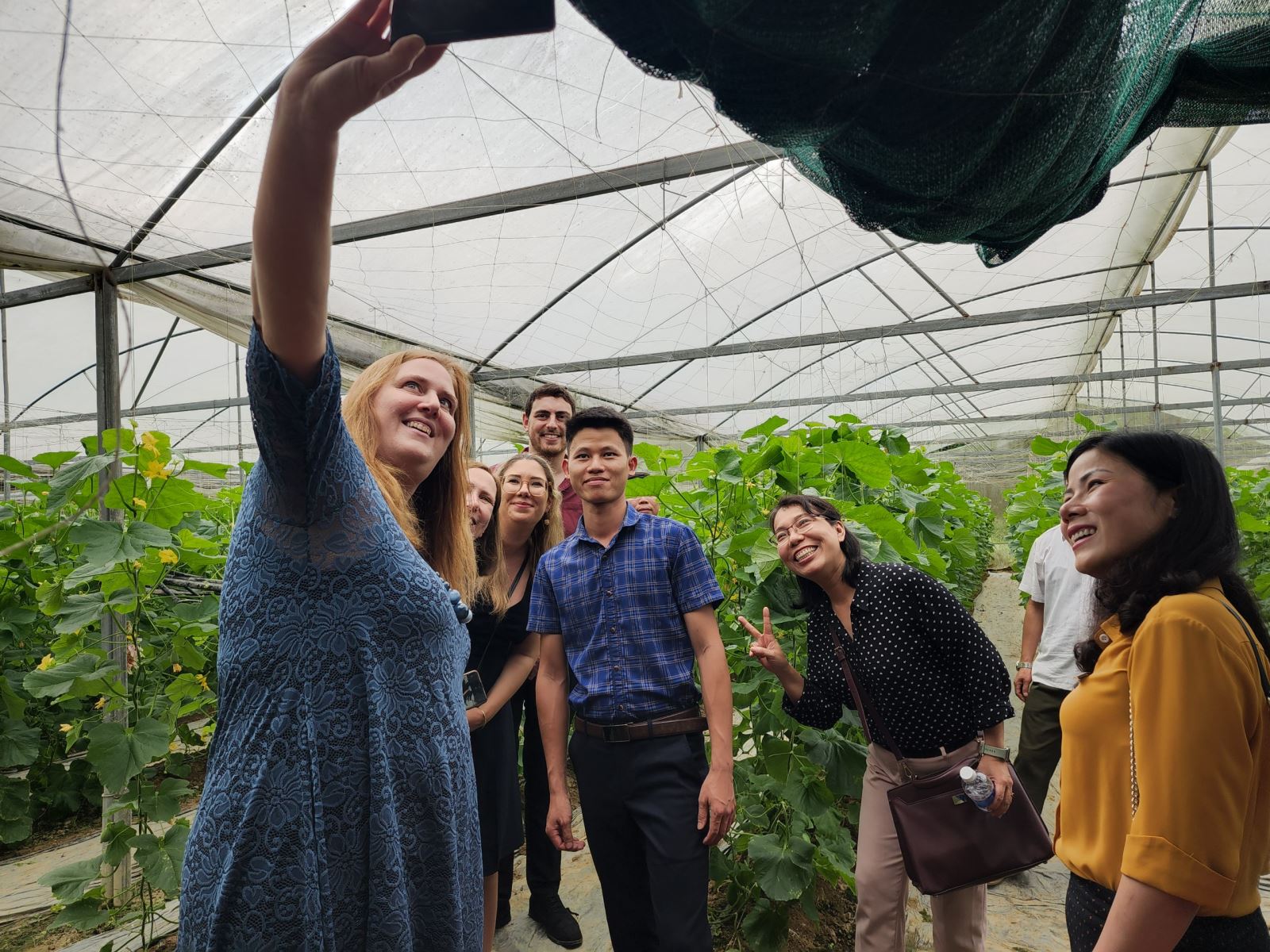 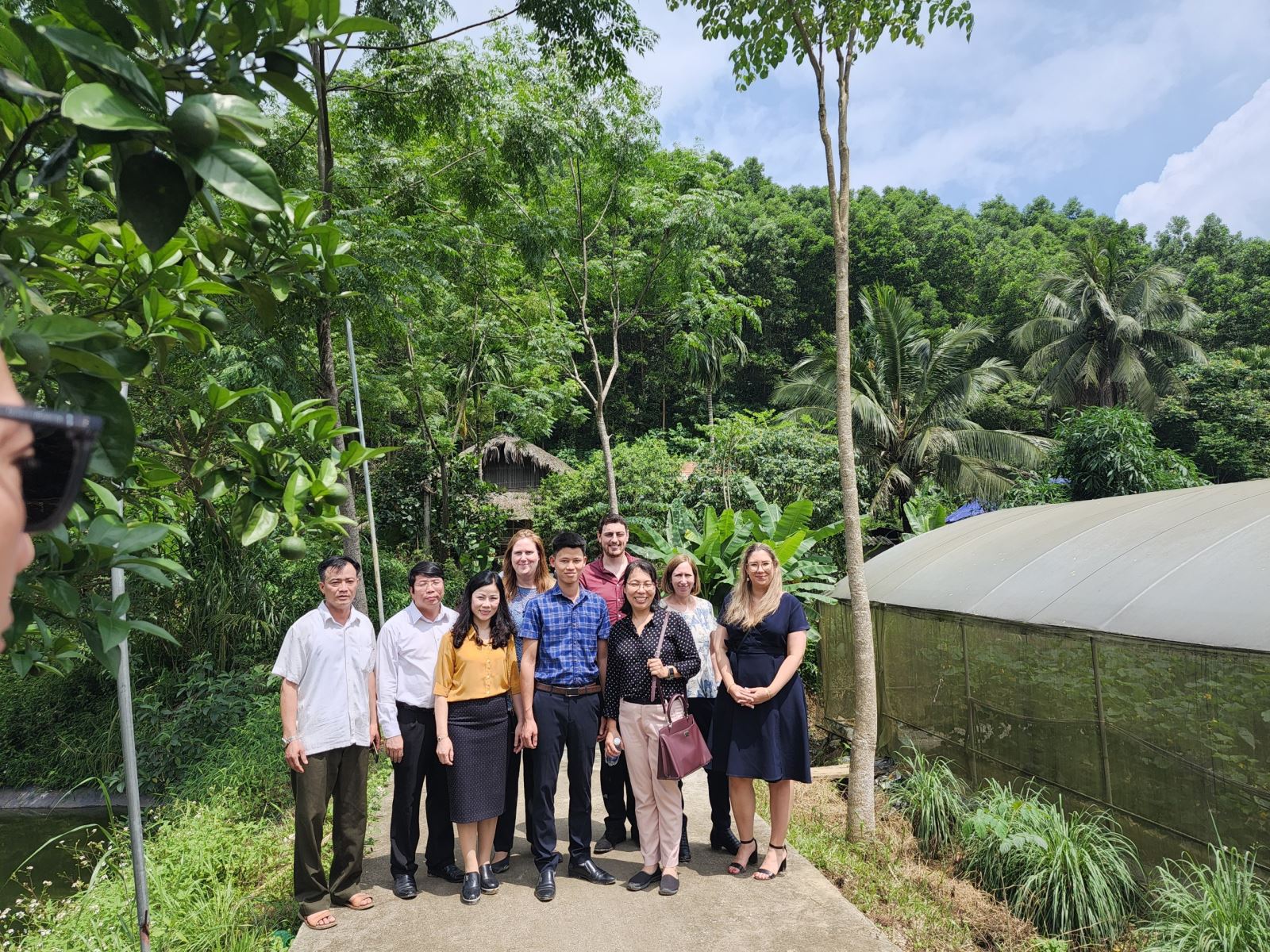 After visiting the High-Tech Agriculture model of the Faculty of Agronomy, the delegation had an official meeting with the university's leaders. When working with the leaders of the University and the Center for International Training and Development - the unit directly implementing the Israeli vocational training program, the delegation of the Ministry of Foreign Affairs and the Israeli Embassy was very impressed with the professionalism in implementing and preparing the University's students before sending them to practice in Israel. 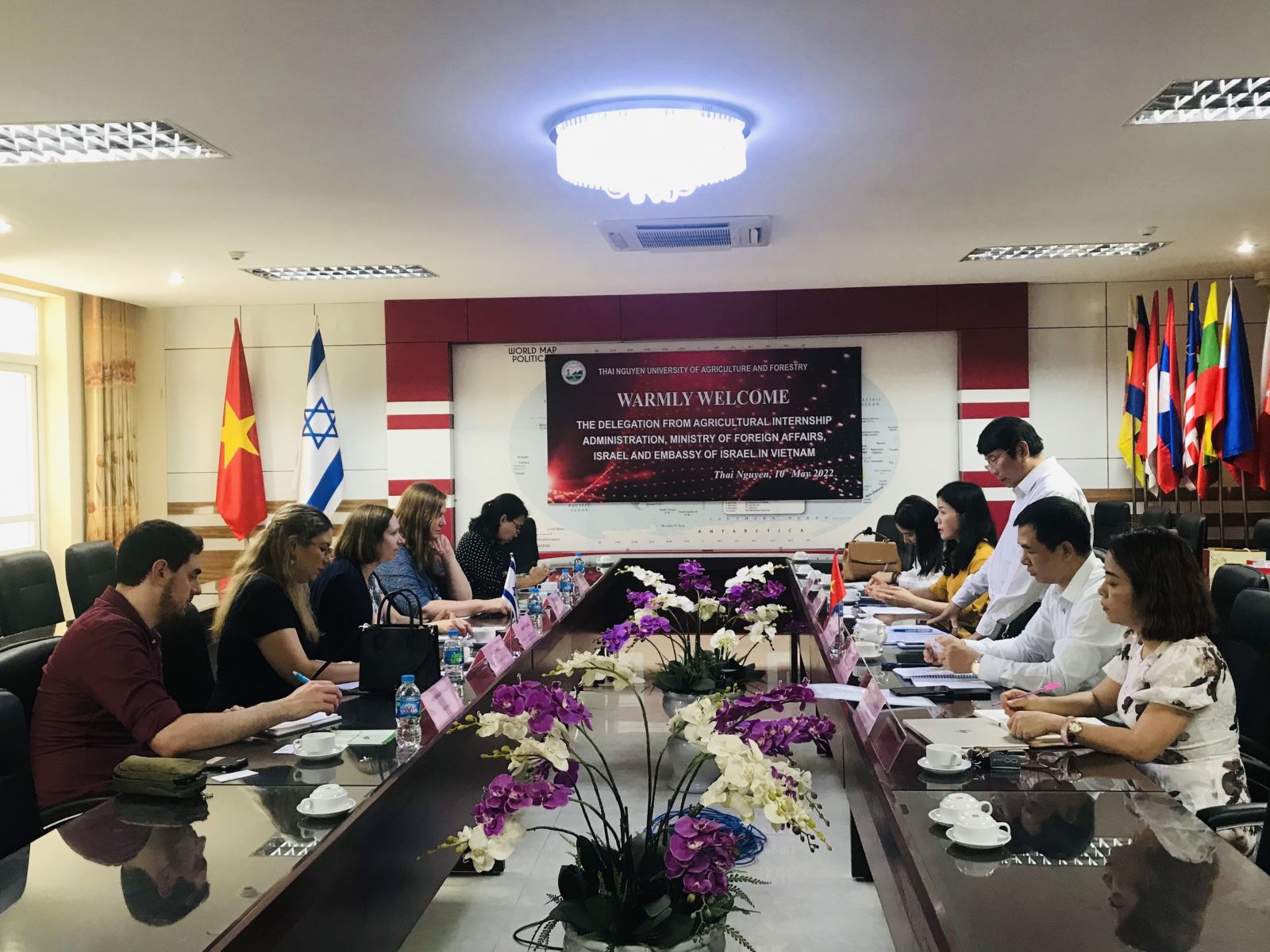 Ms. Kursh Dana – Head of Agricultural Internship Administration, Ministry of Foreign Affairs of Israel, shared, “We completely understand why the Israeli Apprenticeship Program has been so successful at TUAF and created such a big buzz. ; and why TUAF's students, although they are mountainous students, have weak foreign language and skills compared to lowland students, but when they come to TUAF, they mature and bring into full play their full potential. themselves after participating in the Israel Internship Programs". 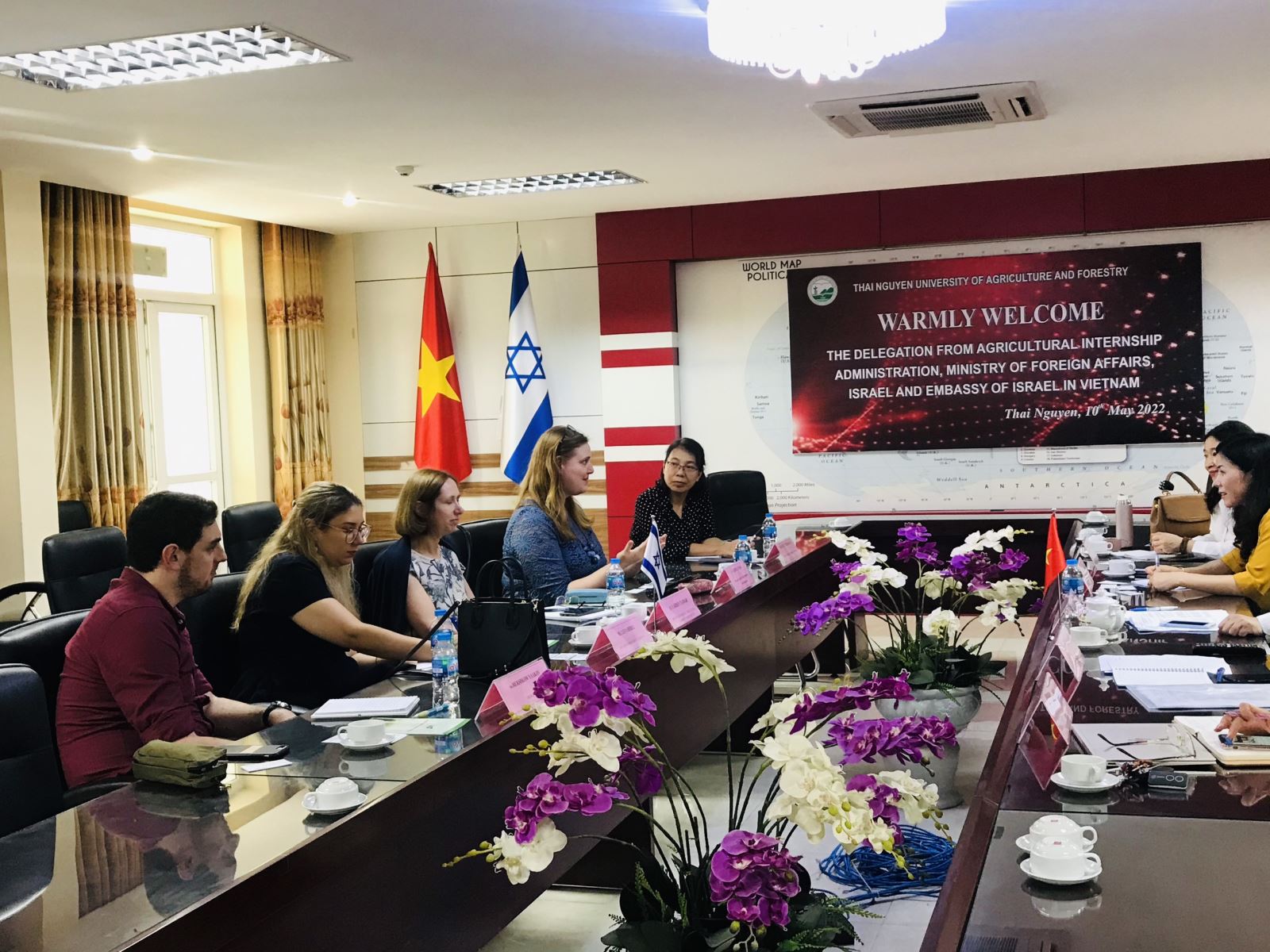 (Mrs. Kursh Dana spoke and discussed about TTN Program at the meeting) 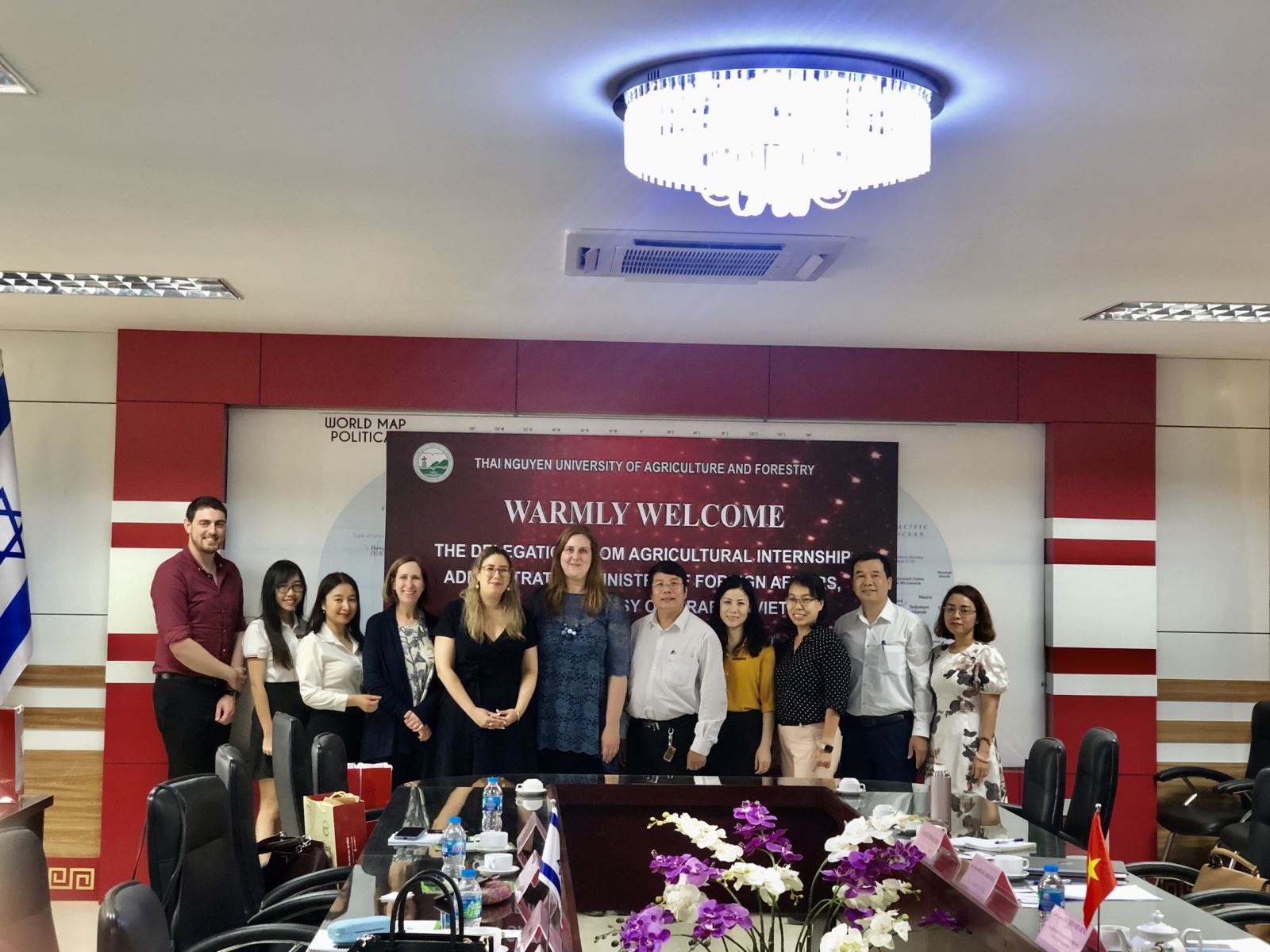 (The delegation took souvenir photos with the school) 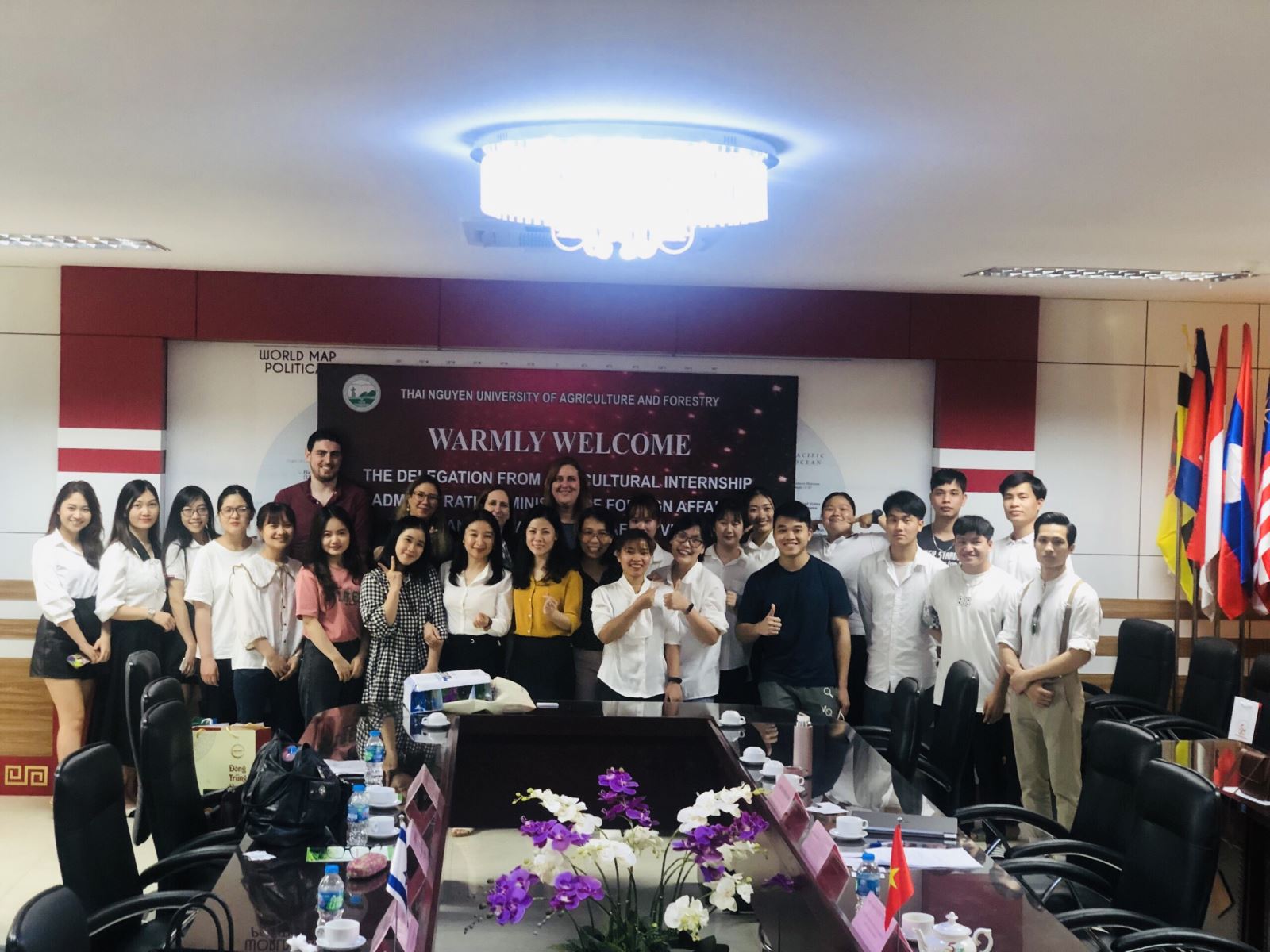 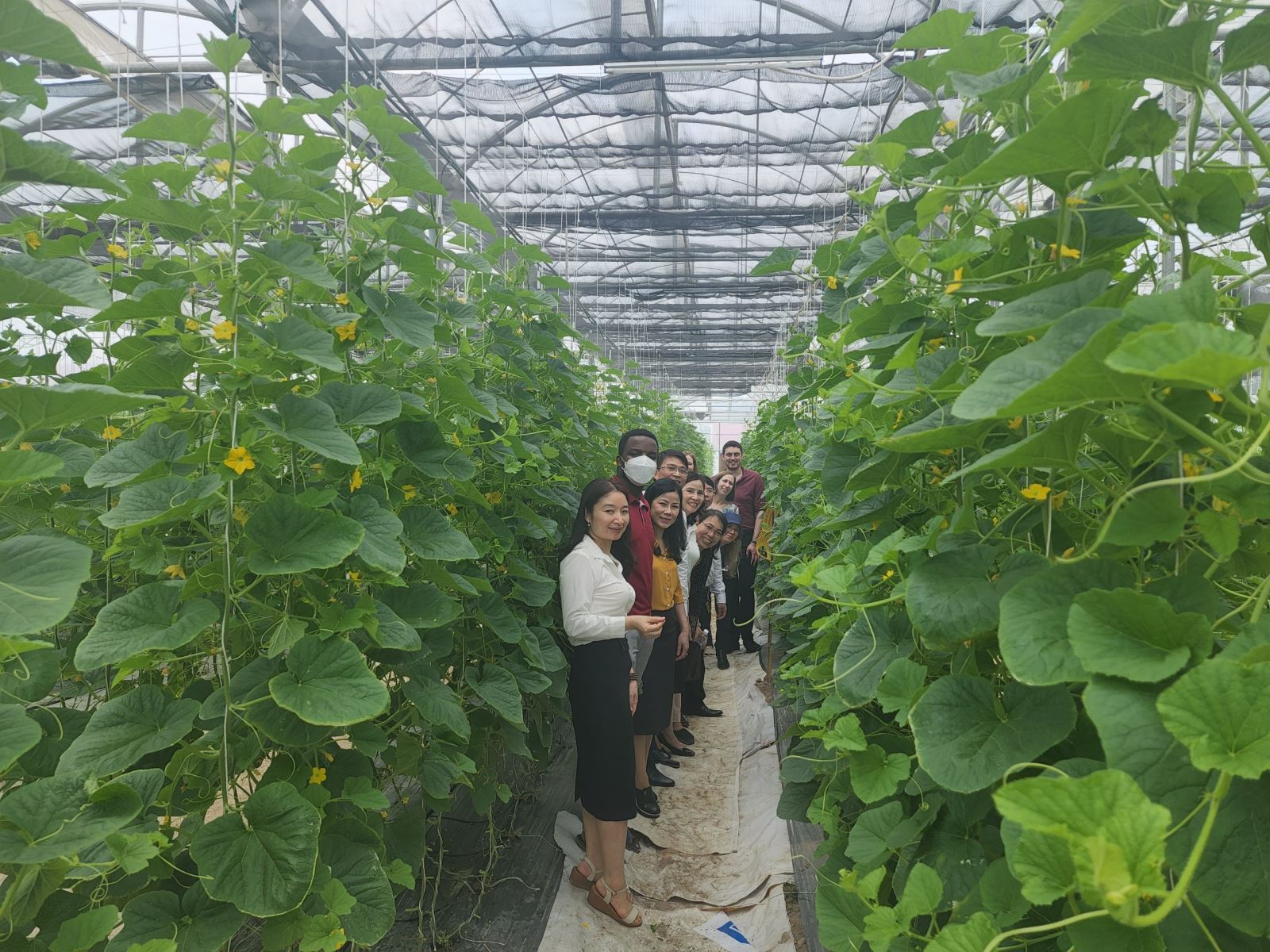 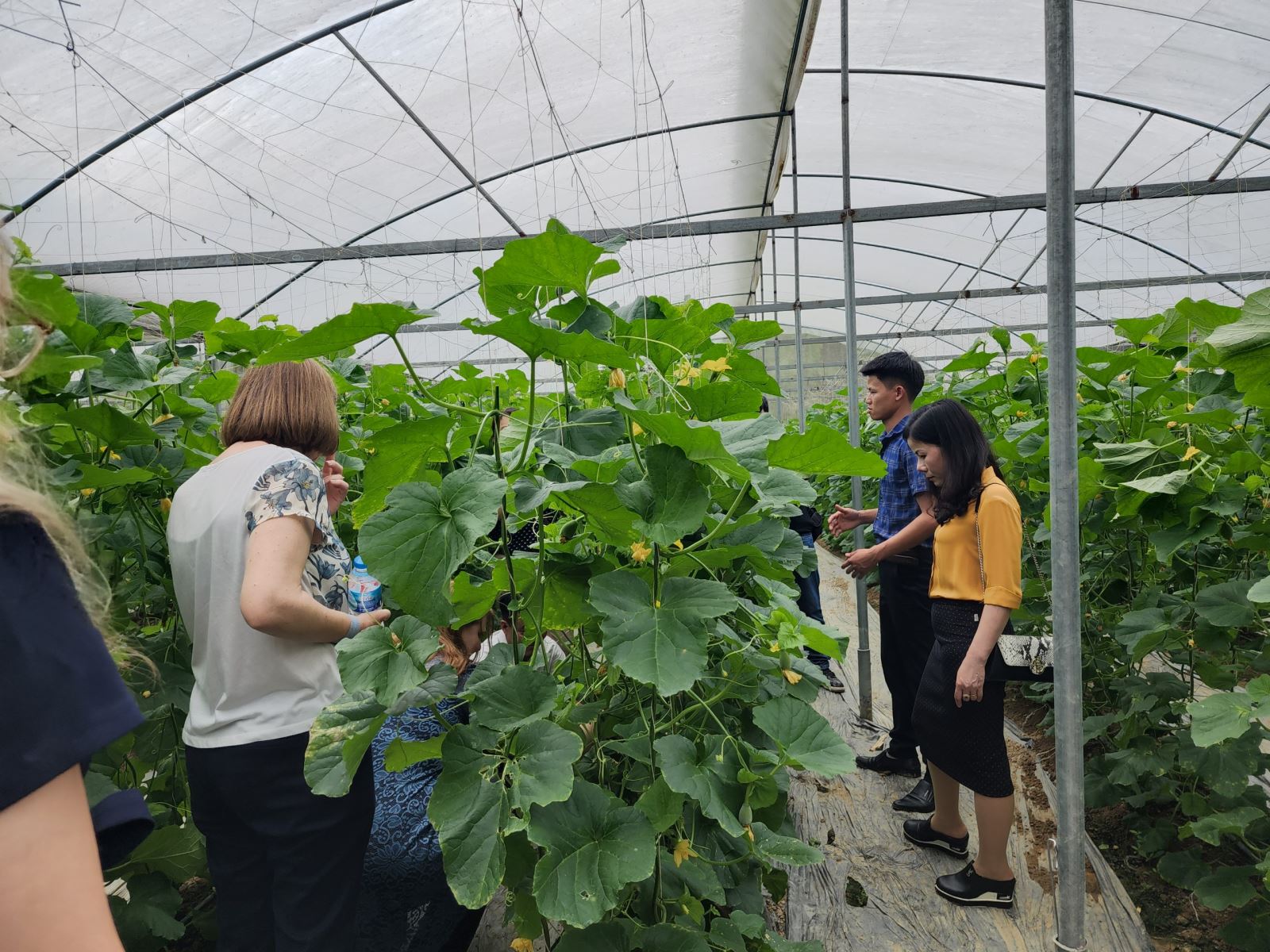 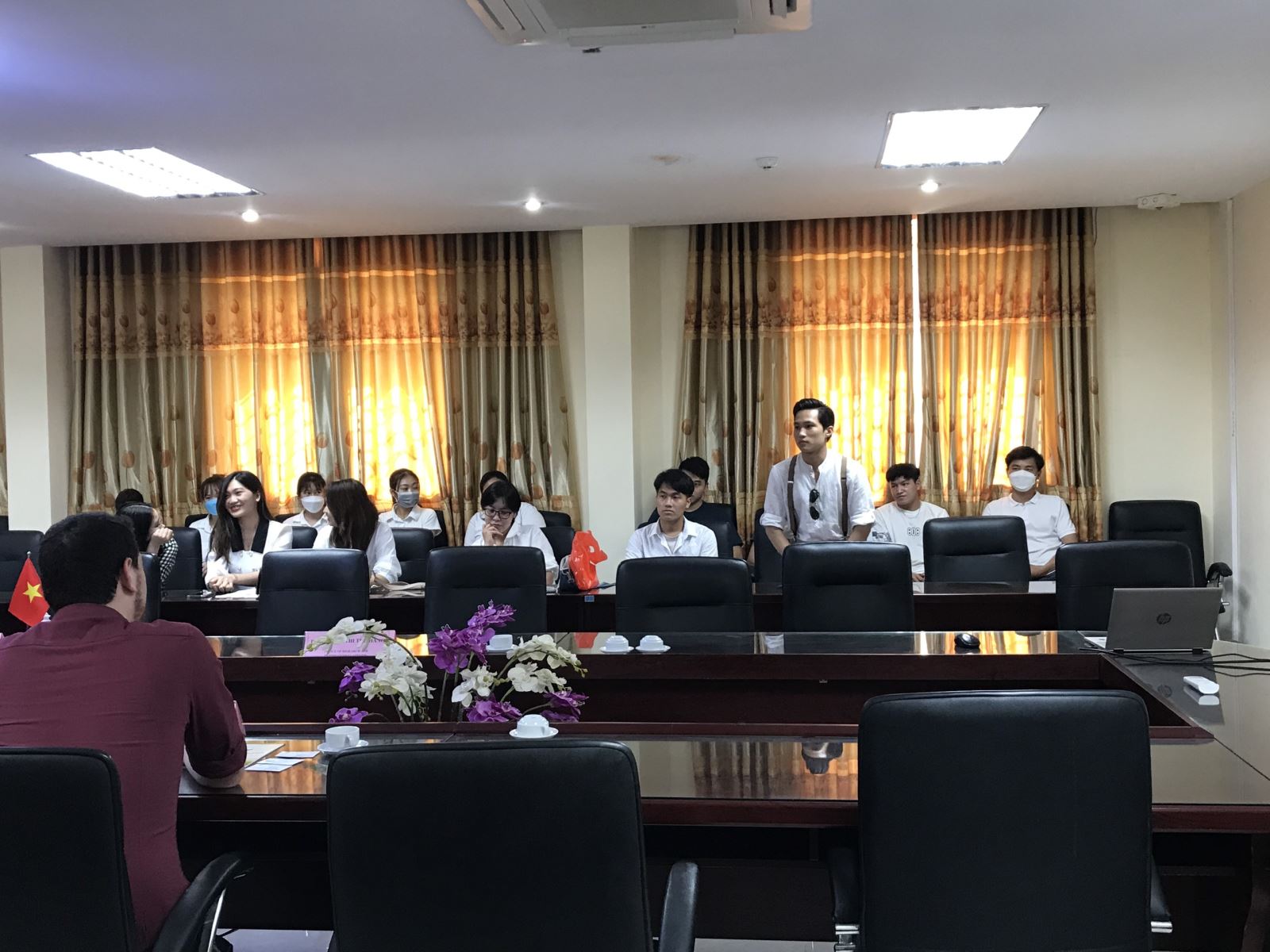 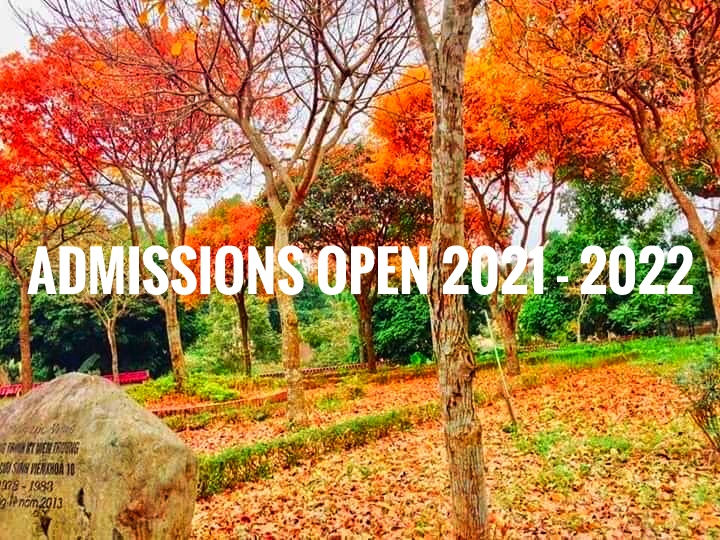 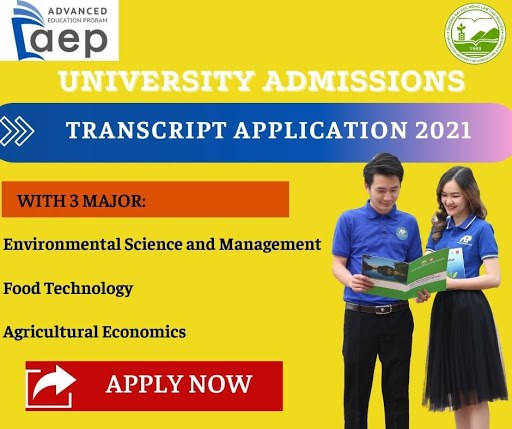